Now’s the Time to Make the Move to Smart Cards

“Smart cards” have been ubiquitous in Europe and many other parts of the world for years, but they’ve only begun to migrate to U.S. shores over the last three years. The timing is right, because there are good reasons for anyone who accepts point-of-sale card payments to adopt this technology right now. Hotel owners have particularly strong incentive, since new rules adopted by payment processors shift the liability for those who haven’t made the switch to the merchant. Thousand-dollar room charges that the credit card companies used to cover could now be your headache. 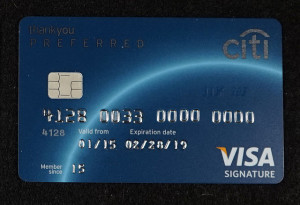 Smart cards, otherwise known as EMV (for Europay, Mastercard and Visa) have an embedded chip on their surface that contains information about the cardholder beyond what’s stored in the magnetic stripe. The reason they’ve been slow to come to the U.S. is because our robust telecommunications infrastructure and sophisticated fraud detection software have enabled nearly all credit card transactions to be conducted online. That’s not true in many other parts of the world, so the extra protection of the chip and its associated personal identification number (PIN) offer an added layer of security.

But technology is catching up to mag stripes. Criminals can now purchase equipment that manufactures fake credit cards for just a few hundred dollars. Couple that with the numerous large cyber breaches that have compromised millions of credit card accounts in recent years, and it’s clear that the protections that worked in the past are no longer good enough.

Although the U.S. rollout of EMV cards has been hampered by delays and technical problems, most of those bugs have now been worked out. It’s time to plan your own migration. While adopting smart cards involves swapping out some of your existing equipment, there are several good reasons why they make sense for your hotel.

With 600 million EMV-compliant cards having already been issued to U.S. consumers, the tipping point of adoption has clearly been reached. With that said, what are you waiting for?

AutoClerk is happy to answer questions and help you with the transition.